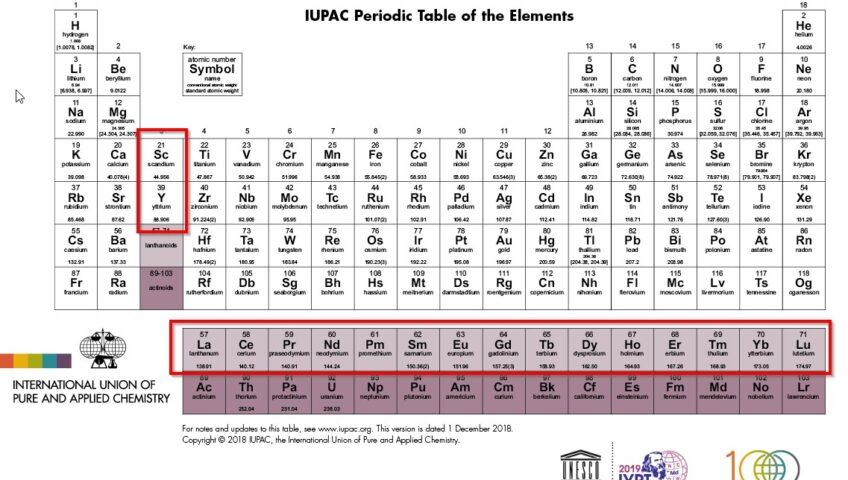 Rare Earths: Behind the Buzz…

Rare Earths: Behind the Buzz…? In this months MTS blog we discuss our thoughts on one of the latest industry buzzwords – Rare Earths.

Rare Earths: Behind the Buzz…

In this month’s MTS blog we discuss our thoughts on one of the latest industry buzzwords – the rare earths industry.

What are Rare Earth Elements?

Rare earth elements (REE) are metallic elements from the Lanthanide series of the Periodic Table of Elements, plus the elements Scandium and Yttrium.

Strictly speaking, rare earth elements are not rare. They generally occur in average crustal abundances much greater than gold.

What is rare, however, is their geological occurrence and subsequent concentration in deposits that can be extracted in an economical way.

Because they are chemically similar, REE tend to occur together in polymetallic deposits, meaning that extraction, separation and processing through rare earth mining can be difficult, dirty and therefore rare earth processing technology is expensive.

The number of applications for rare earth elements uses has dramatically increased over the previous few decades. Remember that now, we have billions of people with access to connected consumer electronics requiring network infrastructure, batteries, circuitry and screens – all of which contain some quantity of rare earth minerals or rare earth metals.

Where Does Rare Earth Mining Happen?

The overwhelming majority of the global supply of rare earth oxides (REE concentrates) are produced by one country – China. Very few rare earth mining companies have advanced mines from project status to full mining production, outside of China.

And this is where things start to become a little tricky.

Why Can’t we Mine More Rare Earths?

The reasons for this are complicated.

China has form for price-fixing in the rare earth industry, and restricting the supply of rare earth oxides (REE concentrates) in order to stave off competition and retain control over rare earth mining.

Yet mining projects in favourable, stable jurisdictions are unpopular with the local populations (even though major mining companies rightly go to great lengths to ensure they are responsible environmental and social stewards) because outside of established mining communities there is still widespread mistrust of the mining industry.

Perhaps the lack of foresight to invest in talent and R&D during the previous two downturns is now catching up with the rare earth mining industry.

Perhaps too, the explosion in global use of cheap consumer electronics since the 1990’s has simply caught the rare earth industry, manufacturers and governments unaware.

All of the above are not going away, yet the relative scarcity of cost-effective rare earth elements deposits in mining-friendly jurisdictions means that we must now consider new, more effective ways of exploring for and extracting rare earth minerals.

How Can we Boost the Rare Earths Industry?

The US, UK and the EU have placed rare earths on their list of strategic metals, acknowledging that their supply and demand are critically unbalanced, which risks retarding the growth of some critical communication, energy and defence technologies.

As a result, new research is being funded into exploration and beneficiation of rare earths deposits through a variety of collaborative projects like the UK’s SoS MinErals.

Apart from funding new research into the geological formation and geochemical quirks of REE’s, what else could be done to reduce costs and increase efficiency?

The world has remote sensing satellites in orbit funded with public money, meaning datasets are freely available online. Techniques like satellite thermal imaging are not “new” but they are often underutilised in favour of more expensive techniques like airborne magnetometry.

As exploration for resources moves into increasingly remote and inhospitable areas of the world, combining freely available geophysical and geospatial data to cut through gangue and vegetation could make exploring for new deposits more cost-effective, by helping to identify and define targets ahead of more expensive “in-country” drilling and geophysical exploration programmes.

A closer look at drilling and blasting

Yet all too often, drilling equipment and blasting processes are not given as much attention as the primary haulage fleet, this is despite the presence of high-precision systems like Cat MineStar Terrain for the past several years.

We understand that OEM systems are not cheap, but our overwhelming experience is that these systems can easily pay for themselves very quickly and continue to add value – providing they are implemented well, properly embedded into the operation and maintained.

Leveraging value from what you already have

Fuel and equipment will always be the largest overheads for any mining operation. The key to weathering the storms of geopolitical instability, commodity downturns and Chinese price-fixing in the rare earth mines of the future, will be to ensure that mines invest in sensible technology to extract every cent of value out of their fuel and their machinery. Inefficiently chasing tonnes should become a thing of the past.

Harnessing the power of data to build effective short interval control measures and influence the entire mine to mill process should not be the exception to the norm.

Systems and databases must be robustly connected, accessible and equipped with the right software to be able to turn data into actionable information.

Achieving this will require the rare earths mining industry to encourage a grassroots culture of not only selecting the appropriate mining technology and business intelligence, but investing in, attracting and retaining the right personnel to successfully manage and maintain it.

Luckily there are plenty of signs that major mining companies are setting out on this path already.

If you’d like to know more about how our mining technology services can be used to benefit your operation, contact us at info@minetechservices.com.