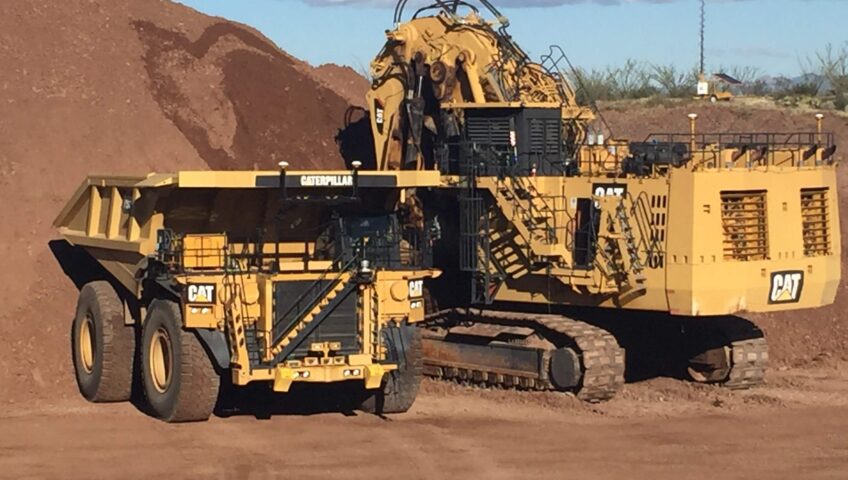 MTS recently had the pleasure of attending the 2018 Caterpillar Mining Technology Demonstration. Hosted in Tucson, AZ, the gathering…

MTS recently had the pleasure of attending the 2018 Caterpillar Mining Technology Demonstration. Hosted in Tucson, AZ, the gathering brought together Cat MineStar users from across the globe. The two-day event provided a great opportunity to discuss the latest innovations and best practices in mining technology with Caterpillar, mining technology partners, mine owners and operators.

So, what did we take away from our two days in Arizona? Find out below.

Worldwide, over a billion tons have now been moved by up to 150 trucks running Cat MineStar Command. This recent milestone provided a clear indication to the industry that for many parts of the world, autonomous mining is now a viable solution – and indeed, in some places, the only solution.

We were impressed by a 30-minute demonstration of MineStar Command at the Tinaja Hills Demonstration Center, where a retrofitted Komatsu 930E was the showcase piece.

Post-implementation, autonomous sites have experienced an increase in productivity of up to 20% and are now averaging less than one person per truck (compared to manned sites which typically have at least four per truck). This would incur a substantial saving in many countries.

In addition, a number of sites are now utilising smaller trucks. Why? Quite simply, they are moving much more material without shift change or operator breaks and thus can run smaller (and hence less fuel-hungry) trucks.

Significant progress has been made in the last year with both autonomous (MineStar Command) and non-autonomous solutions. To summarise:

An interesting discussion took place regarding operators. There is now a generation of operators who have never been on a machine, because their entire “operating experience” has been gathered from a remote operator station (ROS).

Furthermore, operators who had previously worked on a machine commented that working the machine remotely from a ROS is much less tiring. So in addition to improved safety due to personnel being removed from the working face, the reduction in strain on operators will likely lead to lower staff turnover and higher-quality work.

The Underground Technology Virtual Demonstration was also outstanding. Through some pretty neat graphics, the simulation provided a great insight into where the various facets of Cat MineStar underground technology can be harnessed in future mining technology from Caterpillar.

High-precision drilling technology and autonomous operation are already available for drills, which allow for much higher accuracy during drill and blast activities. These have a significant cost impact downstream due to better fragmentation, on loading/hauling and secondary breaking, as well reductions in costs associated with poor pit floor conditions.

We watched a proof-of-concept demo of MineStar Terrain for blasting, a tablet-based app that tracks the current stage of drilling as well as charge status for blasting. The app would allow for the passing of drill hole information, such as rock strata measured during drilling, to the blast crew. This would remove a previous gap in feedback, allowing the blast crew to better match the blast material to the required energy. It would also allow the office to be up to date with the status of the holes and pattern – again a previous gap in timely information. This is something we have seen sites struggle with and turn to custom apps with limited success.

Big Data and Analytics in the Mining Industry

A lot of conversation surrounded the topic of big data. But perhaps of greater note to us were the many attendees discussing pragmatic approaches to analytics on their current datasets – for example, commenting that although they do not yet have huge data lakes, they already have rich MineStar fleet management system datasets that should be harnessed further.

This approach by end-users was reassuring. Whilst there is clearly huge potential in future mining technology such as big data, industrial IoT, artificial intelligence and machine learning, we feel many sites could make substantial gains simply by turning their existing data into readily accessible and actionable information.

New Technology in Mining: What’s Next?

Cat MineStar Edge is a new cloud-based platform initially focused at smaller operations and without an operator display. For a large number of remote sites in the CIS, several of which we spoke with at the recent MINEX conference in Moscow, this is a great solution that is not yet fully catered for.

The production benefits of autonomous mining technology and LHD are now well-established. Less well understood is the impact of autonomy on equipment component life. Does removing the operator from the picture impact this situation? A study and published findings would be of great interest!

At the recent MINEX conference, audiences were asked to participate in interactive surveys via a simple app. Some tough questions were asked and the results were interesting. This proved to be an excellent way to gain an idea of conference attendees’ perceptions on key topics. We’d love to see Caterpillar implement something similar next year!

We learned a lot at the Caterpillar Mining Technology Demonstration. We hope our report sparked your interest in some of the exciting new developments in mining tech.

If have any feedback or questions, or you’d like to know more about MTS Mining Operations Solutions & Projects, drop us a line here!