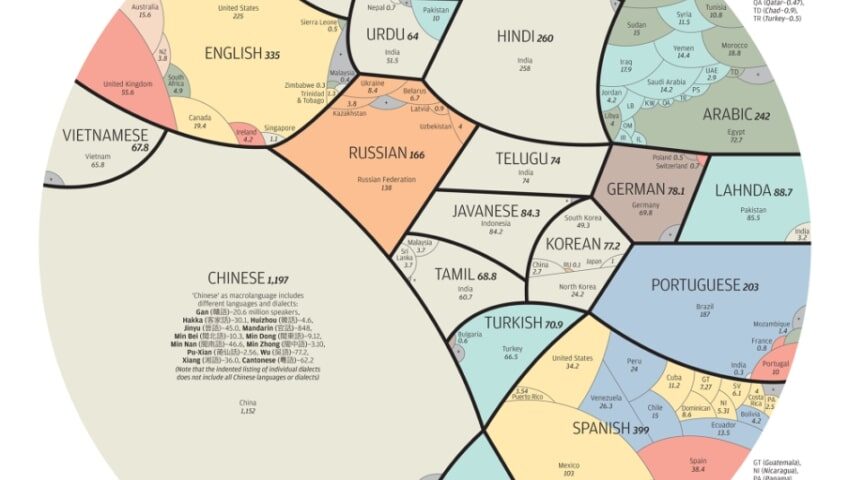 At MTS we work around the globe in areas where English isn’t always the 1st language, and may not be widely spoken. A key part of…

At MTS we work around the globe in areas where English isn’t always the 1st language, and may not be widely spoken. A key part of Business Intelligence is making information easy to read and understand, which can then be quickly used to make informed decisions. This means that having information in a preferred language yields the best results in any mining technology solution.

One possible solution would be to create a set of reports/dashboards etc. These could then be duplicated and translated to the required language, French, say.

Then duplicate it again and translate to Arabic, and another for Spanish, and another for Russian. Let’s say you originally had 20 documents in English, you would now have 100 to cover all the above languages.

What happens when you need to update these to include a new section or change a title/logo? A lot of duplication of work is required to update 100 documents…

So how do I create multiple language reports without having to manage multiple reports internally?

It’s possible to make use of BI language tools such as translation dictionaries to build a single set of reports, and have it auto-translate depending on the audiences preferred language. This was achieved with Mantrac Group (Case study here) who used this method, coupled with their CRM system, Salesforce, to automate and manage their multi-language reports. They now have a fully automated system which sends out to over 300 customers, each in their preferred language.

How do I make a start?

Assess your needs by identifying the languages and documents which are required to be multi-language. A custom report for an English speaking customer doesn’t need to be included just because it can. Also, take a phased approach as this will allow you to make progress and learn, covering the most ground in the shortest time. For example, only set up a single additional language initially as the method to get hold of the translation itself as well as setting up/applying can be learned. It can then be easily repeated with others.

What languages will my audience need?

There are around 7000 living languages spoken around the world, but 10 account for the vast majority of native or secondary speakers. Would you need one of the languages of Ghana, Éwé? Perhaps, if you have business in that region of Ghana…. Though English is widely spoken to a high level so perhaps not.

How will I know which languages each person prefers?

You may already have this list of contacts and language preferences compiled somewhere like in a CRM system, which is used for marketing purposes already. If not, a contacts sheet could be created and maintained with ease. Surveys could be sent out easily via e-mails, or tools like SurveyMonkey to ask your audience.

I’ve decided on my list of languages – Where do I get Translations?

There are many paid translation services online such as Capita and Global Voices. However, if you are translating technical terminology for a specific field, you may need to use a particular specialised service that commonly works in your area. If possible, try to use resources within your company who may speak some of these languages. They’ll not only know the technical terminology and context but may also know the nuisances of the regional dialects, and the tone which you want to use with your clients.

How do I set up the automated translation?

This depends heavily on which tools you have for your Business Intelligence and also what you’re trying to translate. It might be easier to get outside help to set up a ‘pilot’ language, and if comfortable, replicate for the other languages. This allows for rapid upscaling without the headache of trying to figure out the finer details of initial configuration.

MTS are very well experienced in the pitfalls and opportunities of harnessing Big Data to drive business decisions. We have helped several clients globally set up robust multi-language reporting solutions to great success! Get in touch if you would like to know more, at info@minetechservices.com