MTSBlogMining 4.0The Route to Paper(less) Inspections – Not a Very Difficult Journey! 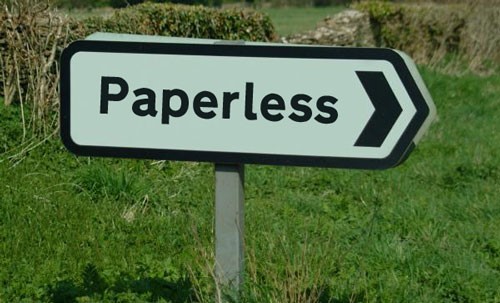 The Route to Paper(less) Inspections – Not a Very Difficult Journey!

Before paperless inspections… Many companies perform inspections, audits, risk assessments and quotations, etc. on pieces of paper or in…

The Route to Paper(less) Inspections – Not a Very Difficult Journey!

Many companies perform inspections, audits, risk assessments and quotations, etc. on pieces of paper or in a notebook.

If you’re reading this you may be one of them? Normally this is accompanied by problems with;

– People using an old/invalid version of a form

– No analytics or easy recall is possible on the collected information… more here.

These days, most people have a smartphone or tablet by their side more commonly than having a pen! Switching over to using one of these devices to perform your inspections can help get rid of a lot of age-old problems with paper forms. It can also help you do things not easily achieved with paper forms, like easy recall, analysis, auto-reminders etc.

We worked with a company that had one of their managers spending a lot of time driving between different sites collecting the Risk Assessments that the field teams performed each morning. They would cross-check the forms to make sure they were fully complete and correctly filled. After driving for hours they would then go back to the office and scan all the forms in. Although they were scanned, it was easy for the digital copies to get lost within the computer network.

As you can imagine, this was a lot of wasted time on the road and in the office, not to mention the fuel costs. It inevitably would end up with the manager working overtime to keep up with their ‘day job’!

This can seem daunting but many people already use forms in their daily life; when filling in online insurance comparisons, signing up for newsletters, or logging into e-mails.

With mobile inspections, you can use App based forms (which can work offline). Multiple forms can be stored on the device and wireless updates to forms are done automatically and easily because they can be pushed from a central admin account out to all the devices.

Inputs can be typed like an e-mail, pictures taken with the camera, etc. If you have voice input activated on your phone you can even dictate your inputs!

One thing we’ve found that is key to making the switch a success is: set-up your forms, train your people, roll out, then totally remove the paper. If you leave the paper forms in place you’ll always end up with a halfway house, which will keep all the old problems and even possibly add some new ones!

We helped the company digitise their Risk Assessment forms and teach the teams how to enter the data in the forms. A few people didn’t have mobile devices which was a potential problem, but because you can pick up a basic Android smartphone for around £80 these days, the company filled in the gaps.. as it was much cheaper than their fuel bill!

We were also able to add some enhancements to the forms and include fields and logic that are not possible in paper forms, such as:

– Restrict input type – Make sure people put in the right type of information.

– GPS tagging – The company could now see where their teams were when they completed the form.

– Camera – A picture speaks 1000 words! Photos are embedded straight in the form.

– Auto-submission upon form completion to a central database.

The paperless forms allowed their teams to conduct their inspections much faster and more easily.

As fields in the form were set to input-types (e.g. a two-decimal number) the company found that some people needed more basic job training. People previously put things like “Appears ok” in the paper form, when a measurement was required to ensure tolerances were in spec.

This was not ideal for the company, but it was better to find and fix, rather than have avoidable failures/accidents. The manager started managing by the exception and was able to limit travel to when it was really required.

…Don’t get overwhelmed with data…

Going ‘digital’ can easily lead to becoming overwhelmed by the data! It can be like having 100 paper forms dropped on paper every hour! Unless you’re very fast and extremely organised it be difficult to pick out the bits which need attention because of the data ‘noise’.

Being able to quickly cut through this is very important, and the use of simple analysis tools can be a real time saver. Summarised daily/weekly reports or interactive dashboards can really help pick out the useful information from the raw data.

Once the digital forms were embedded, the company wanted keep track of their work order status, based on which forms had been completed.

We built a custom interactive work tracker dashboard which the company can use alongside their field form submissions. It updates itself automatically during the day and as forms are completed the traffic lights turn green until the completed work order turns green. A simple but effective way to keep an eye on things during the day without a lot of digging and chasing.

Who are we, and how can we help further?

We are a UK-based startup focusing on helping companies increase productivity and reduce costs through the use of technology and data.

Contact us here to see how we can help you.

*If there are people who don’t own a smartphone or a tablet they are pretty reasonably priced these days and you can pick up a basic Android phone for less that £50/$75 like the LG Y30 or Samsung Galaxy Ace 4 Neo.